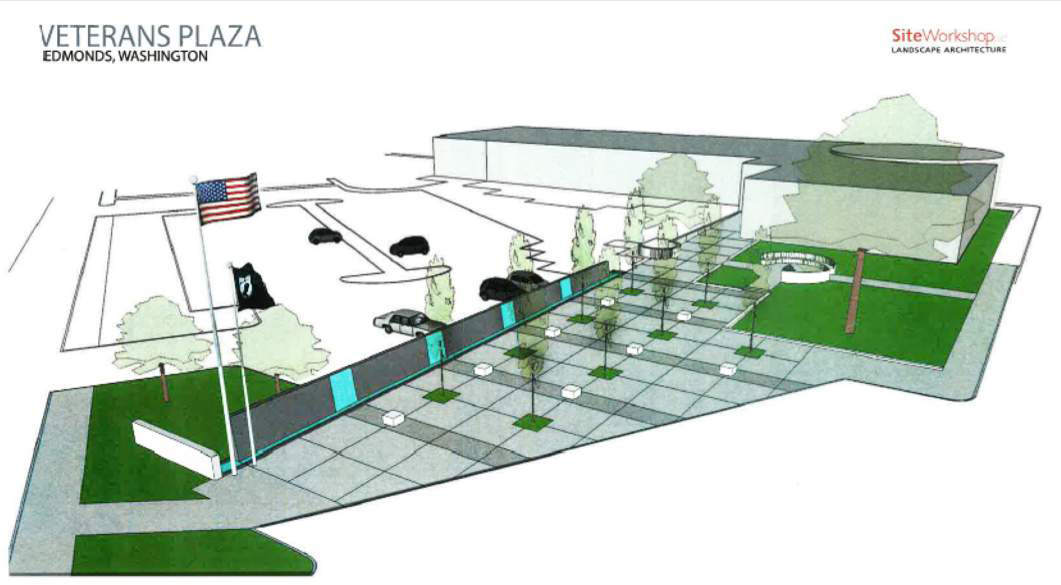 At the December 13 meeting of the Edmonds City Council, Parks, Recreation and Cultural Services Director Carrie Hite announced the low bidder as K-A General Construction for $290,967.92. (This number does not include the seats, pavers etc, contacted separately)

The audience, including veterans attending the meeting, broke out in applause after the construction funding was unanimously approved.

Construction is scheduled to start in January, to be completed in time for a Memorial Day dedication ceremony.