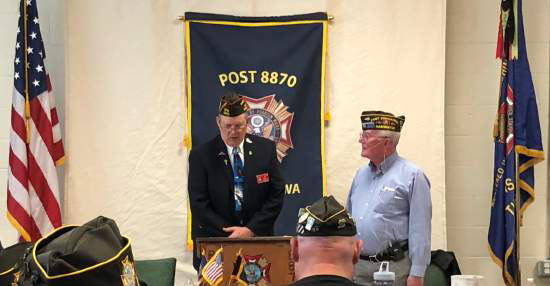 At the May Post meeting officers were installed for the 2018-19 fiscal year, following elections at the April Meeting. Past Dept of Washington Commander and current Post1040 Commander John Beam was our installing officer. The 2017-18 command group remains in place other than two newly elected Trustees, Mark Williams and Don Stapleton.