Forty years ago I lost a dear friend in a senseless motor vehicle accident on an icy road in Montana. His name was Anonn Puanyathio, he was Thai, and he was a courageous warrior. His call sign was Hilltop. We became friends during my tour in Southeast Asia. We were both involved in the ground war in Northern Laos (Barrel Roll). 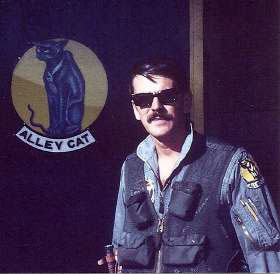 The ground war in Laos was waged by a US sponsored army, comprised almost exclusively by Hmong, a native Laotian ethnic minority. Operations relied on a network of road watch teams (RWT) and forward air guides (FAG).

Hilltop was a FAG, a fearless trooper who accompanied Hmong soldiers and served as a link between ground forces and our airborne command center. Hilltop was among the best of our FAGs. We worked together for a year and became life-long friends. His friendship was a gift. Anonn had a wonderful sense of humor and was one of those individuals who thrived in combat. He was born to be a warrior. 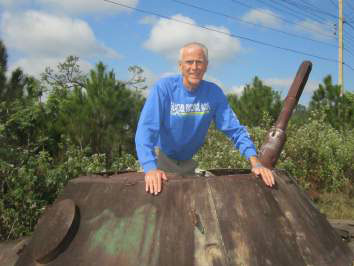 Hilltop’s hometown was close to the base at which I was stationed in Thailand. When our schedules permitted, he took me to his world. We shared some memorable experiences. Anonn was a quiet and gentle person, but in the field he was a respected leader; assertive, and confident, who exuded a command presence. On numerous occasions, Hilltop engaged in firefights with the North Vietnamese and Pathet Lao, suffering several wounds, and forced to recede into the depths of the jungle, evading the bad guys to await pick-up at first light. 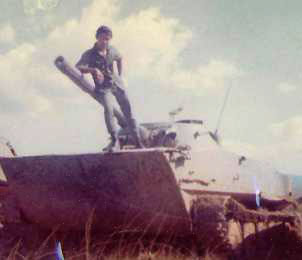 I was honored to have Anonn attend our Squadron’s Sawadee Party for those of us whose deployment was over and were returning home. It was at that party, our last time together, when Anonn presented me with a gift of two pictures; one of him at Long Tieng and one of himself sitting on top of a captured Soviet made PT-76 tank. He also presented me with a Soviet made watch he salvaged from the wreckage. The successful ambush took place in the Ban Ban Valley.

It took more than a year after the war ended, but finally, Hilltop received permission to fulfill his life-long dream and immigrated to the United States. After surviving the war, it was ironic that Hilltop’s life would end on a snow covered Montana highway. 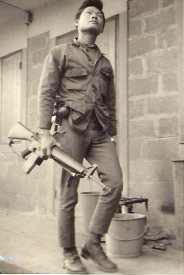 Three years ago, I was privileged to return to the battlefields of Barrel Roll. One of my destinations was the Ban Ban Valley in search of a connection to Hilltop. Of course, I will never know if the tank I found was the very same tank that Hilltop had stood upon in 1969. I like to think it was.