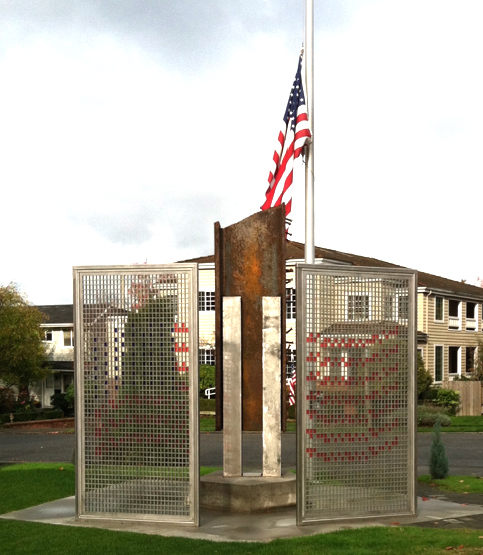 The centerpiece of the memorial is a one-ton steel I-beam recovered from the World Trade Center in New York City — Ground Zero for the Sept. 11, 2001 terrorist attacks. Also included in the structure are new stainless steel and glass structures to honor the nearly 3,000 people killed during the terrorist attack, including 434 firefighters and 60 police officers. The memorial retains the existing Fallen Firefighter Sculpture, honoring local firefighters that have died in the line of duty as well as the Fallen Firefighter Flagpole which flies at half-staff for three days for each firefighter killed in the line of duty across America.