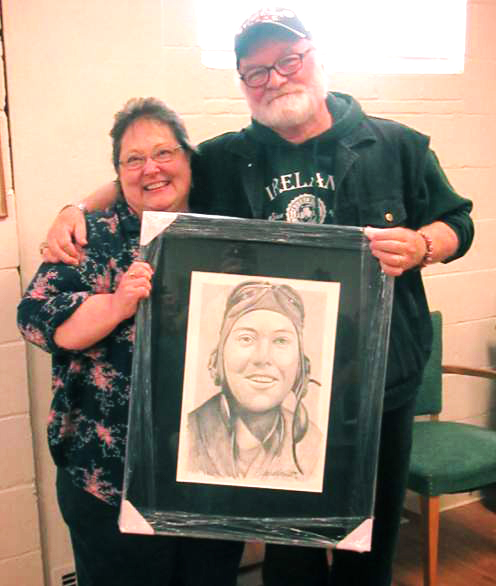 In the July issue of this newsletter, we published the obituary of Post member Dr. Robert Otto, who passed away in December of 2015. At the July meeting, Otto’s family and friends were present to receive the Portrait drawn by Mike Reagan in his honor.

Otto was tail gunner on a B-24 Liberator that went down near the village of Pollau, Austria, en route to bomb an oil refinery near Vienna in June 1944. Six of the crew were captured, two were killed and one was missing. Survivors were taken to a hospital in Graz for treatment. Otto and the other enlisted men were then sent to Stalag Luft IV near the Baltic Sea.

“We were loaded on boxcars,” Otto said. “Inside was a miserable, stinking mess.” In February 1945, they were marched out of the prison camp to keep them safe from the approaching Russian army. Emaciated POWs marched 500 miles over 70 days, sleeping in barns and open fields. Food was mostly occasional boiled potatoes, and the weather bitter cold. Many died of exposure, pneumonia, dysentery and starvation.

“Faith in the Lord and a desire to get home kept me plugging along,” Bob said, until the men were rescued by British soldiers. Otto’s story is included in the book “The Last Escape,” an account of Allied POWs in Nazi Germany, by John Nichol and Tony Rennell.

During his 2008 trip to Austria, Otto met people who were children at the time of his capture and who remember seeing Otto float down under a parachute, one of whom was Herr Adolf Heschl, who was 7 years old at the time. “He recalled the burns on Dad’s face, which triggered Dad’s memory of looking into mud puddles, trying to see his burns,” his daughter said. Details of Bob’s ’08 trip were reported in the July issue of the Post newsletter. 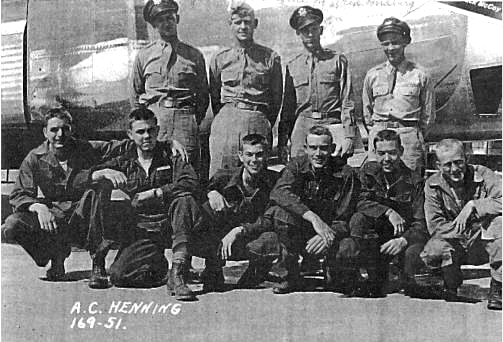 Bob, second from right, with the crew of the B-24 Liberator “Texarkana Hussy “