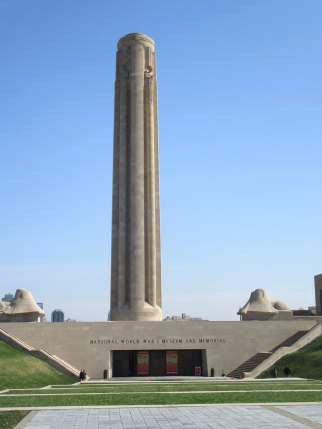 The National WWI Museum and Memorial is located in Kansas City, Missouri, and I recently had the

opportunity to visit this outstanding facility. Just weeks after the 1919 Paris Peace Conference, that officially ended WWI, a patriotic group of Kansas City residents spearheaded a fund raising program, the purpose of which was to construct a memorial to honor the memory of those who lost their lives in the “Great War”. Within two weeks, over $2.5 million dollars were raised. On November 1, 1921, over 200,000 people attended the ground-breaking ceremony, Including Vice President Calvin Coolidge, and General of the Armies, John Pershing, as well as Generals and Admirals from France, Great Britain, Belgium, and Italy. The completed Memorial was dedicated on November 11, 1926.

The Memorial consisted of the Liberty Tower, which sits in the middle of a stone deck. On opposite sides of the tower are two buildings, which housed paintings and murals commemorating WWI. These exhibition buildings were named Memory Hall and Exhibition Hall.

Liberty Tower rises 217 feet above Kansas City, constructed entirely of Kasota stone, quarried from Kasota, Minnesota and Italian Travertine. A grand stairway once led visitors to the observation deck at the top of the tower. Today, an elevator takes visitors to the top. 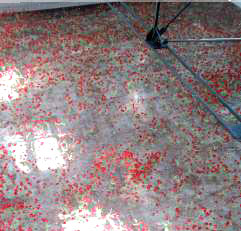 Before entering the main gallery, you have to cross a glass bridge that is suspended over a symbolic Western Front poppy field. As you look below, there are 9000 poppies, each of which represents 1000 deaths. The symbolic poppy field offers a grim reminder of the more than 9,000,000 people who perished as a direct result of WWI hostilities. 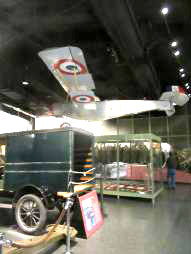 The museum boasts a remarkable collection of artifacts from the war, including several tanks, and other vehicles and many different guns and mortars. There are rifles and handguns galore as well as an extensive collection of grenades. Uniforms and personal equipment from each country engaged in hostilities are on display as well as an extensive collection of maps, charts, and communication equipment including General Pershing’s Headquarters flag. The museum has an extensive collection of propaganda posters that were used to promote patriotism, recruit volunteers, and generate contributions to the war effort. A replica trench presents a look at trench warfare. Two theaters provide visitors with a narrative of the war. Thousands of photographs take visitors through the war years, providing memorable descriptive images of the war experience. 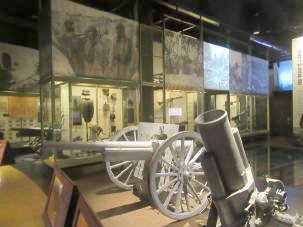 I arrived at the museum shortly after it opened at 10:00 AM, stayed until closing at 5:00 PM, and still didn’t see all I had wanted to. The National World War I Museum and Memorial is a must-see.