A large crowd gathered at the Edmonds Cemetery to honor all of our fallen men and women on a beautiful sunny “Edmonds Kind of Day”! Particularly honored on this occasion was Edmonds native Frank Freese, KIA in France in WWI, in the battle of Meuse Argonne, where he is buried. Edmonds’ American Legion Post 66 is named in his honor.

Post 8870 member First Sergeant Chris Edwards led a guard of honor from the Washington National Guard, who provided a rifle salute. Taps was played by Edwards. 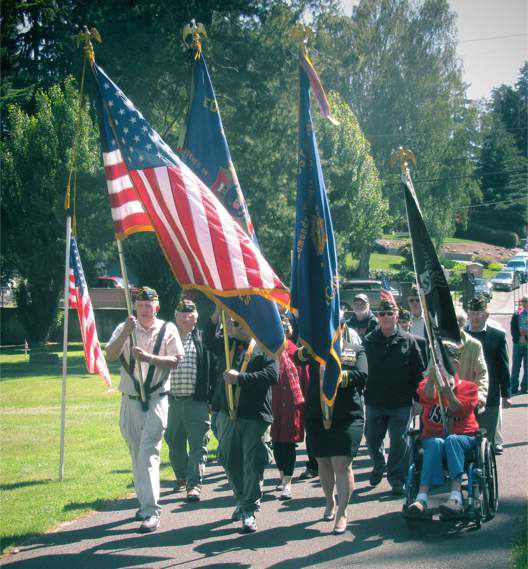 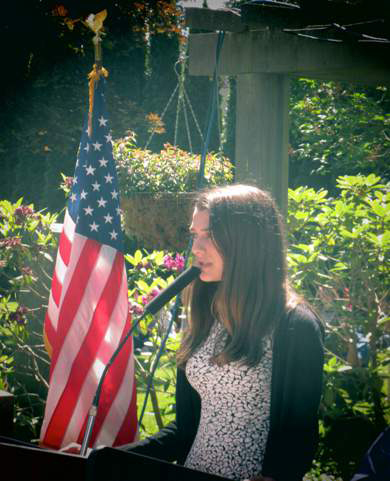 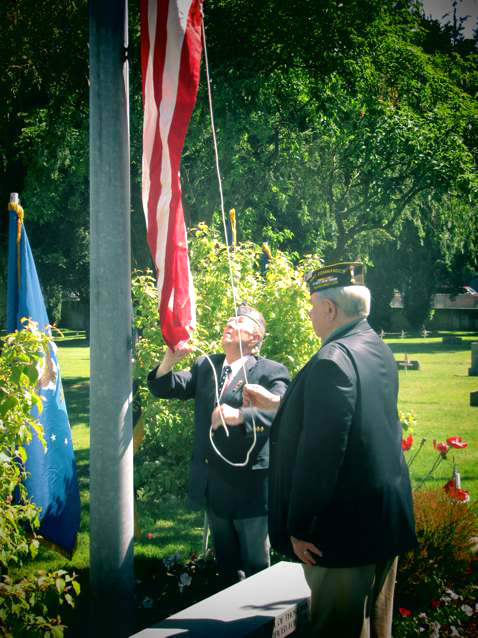 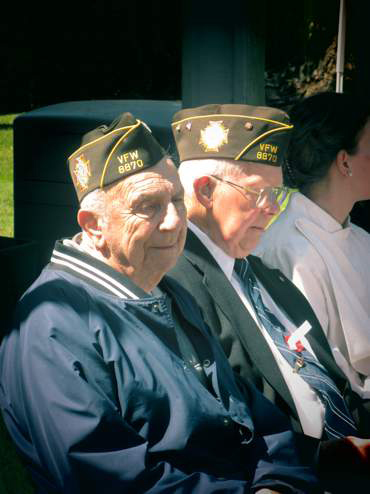 WWIi Vets Norm Goldstein, (L) and Amos Chapman Read the names & and rang the bell for the fallen