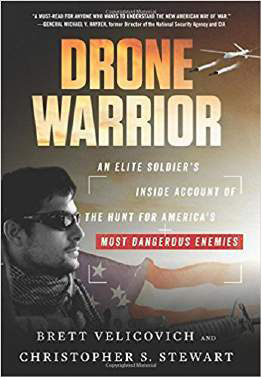 The War on Terrorism has been one of the longest conflicts in American history. Since 2001, U.S. forces have been fighting on the battlefields of Iraq and Afghanistan, along with much smaller engagements in places as far-flung as Somalia, Nigeria, the Philippines, and Cameroon.

Drone Warrior is a highly personal memoir that still manages to be almost all action. Readers only get but the briefest glimpse into Velicovich’s prewar life. On 9/11, he was just an ordinary college student at the University of Houston. However, watching and digesting Al-Qaeda’s attack convinced Velicovich that there has to be something more to life than just finding a nice job in corporate America and settling down to a wife and kids. He went to find this other life in the U.S. Army.

Drone Warrior is a captivating portrayal of an American warrior at the very cutting-edge of the War on Terror. It is also the story of a normal man impacted by continuous warfare and the difficulties of conforming to civilian life. warriors.