Four new members were sworn into the post at the June Meeting, all are Navy veterans:

Let’s all extend a warm welcome to these veterans as they join our ranks. More information will be published on these comrades as it is received. We are expecting to welcome some additional members at the July Post meeting and look forward to an opportunity to meet with all of our comrades once again. 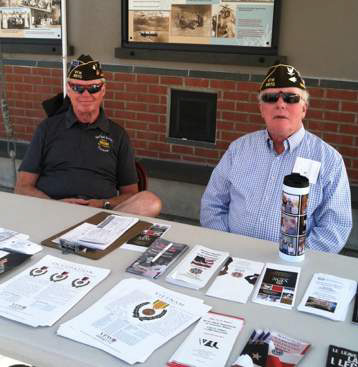 Recruiting new members is every member’s responsibility and to that end Post Chaplain Dan Doyle and Commander Mike Denton spent s very productive Saturday at the Edmonds Farmers Market, spreading the word about VFW to unaffilliated veterans and the community at large.

Our newest member, Paul Strenkert found us there and was subsequently sworn in at the July Post meeting.

There are three other applications pending from that outing, plus a Life Member, recently arrived in Edmonds, who also stopped by our table, and plans to affiliate with Post 8870.

We are making plans for additional such events and will be looking for volunteers to help with that effort. 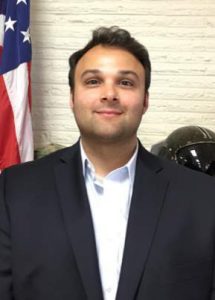 Josh served with the Army 2000-04 and was trained as a combat engineer. He served in Kosovo and Kuwait. Josh was with the 70th Engineer Battalion 1st  Armored Division in the Iraq War 2003‐4. Awards include the Army Commendation Medal and the Army Achievement Medal (2). Josh graduated from the UW. He is a foreign service specialist with the State Department. Josh and Natalia reside in Mukilteo and have a daughter. 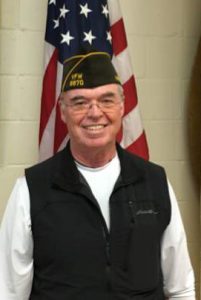 Dan served in the Navy 1966‐69. He was trained as a corpsman and served in that role in Vietnam in 1968. He was with Bravo 3rd Recon 3rd Marines and was delivered to Khe Sanh the 1st day of the siege via a Caribou aircraft. He recalls running out the back ramp as it was still moving. He later went to Quang Tri, also in I Corps. Awards include a Presidential Unit Citation and the Fleet Marine Combat Operations Insignia. Dan is a retired professor at Seattle University. He and Cathy reside in Edmonds. They have 2 daughters and 4 grandchildren. 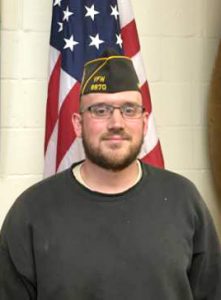 Chris is an Army veteran of Iraq and Afghanistan with 10 years of service. Trained as an Army diver, Chris often served in combat engineer units when deployed. He was in Iraq 2005-6 in 1-66 Armor 1st BN 4th Infantry Division. Chris was wounded after a roadside bomb attack. He served in Afghanistan 2010-11 in 1st Brigade Combat Team 101st Airborne Division. Awards include a Purple Heart and Army Commendation Medal (3). Chris was raised in Edmonds and now resides in Lynnwood. He is employed as a commercial diver. 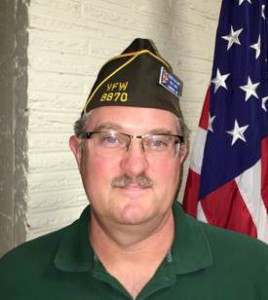 Alden is originally from Galveston, TX. He joined the Army in 1986 and served for 7 years. He served in Korea 1988-90 in the 3rd MI Brigade maintaining Mohawk OV-1 observation aircraft. Awards include the Army Service Medal and Good Conduct Medal (2). Alden is a Senior Mechanical Designer with Esterline. He and wife Rose live in Mukilteo and have a daughter. Alden enjoys kayaking. 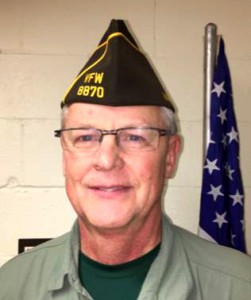 Gary is originally from Centereach, NY. He joined the Air Force in 1979 and retired in 2000. Gary served in Turkey with HQ SOCEUR as part of Desert Shield/Storm in 1991. He was an Intelligence Officer. Awards include the Defense Meritorious Service Medal, Joint Commendation Medal, Air Force Commendation and Achievement Medals. Gary is a Job Coach in the Everett School District. He and wife Clare live in Edmonds and have 2 children. 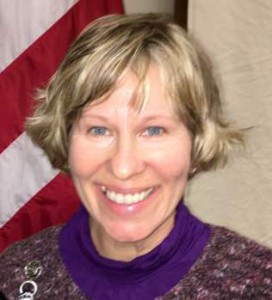 Clare served as an Army nurse 1984-91. She served in Saudi Arabia and Iraq 1990-91 as part of Desert Shield/Storm. In 1992 she joined the Air Force and retired in 2000. Awards include the Meritorious Service Medal (2) and Army Commendation Medal (2). She continues as a nurse in Everett. Originally from Villa Grove, IL, she and husband Gary live in Edmonds. They have 2 children. 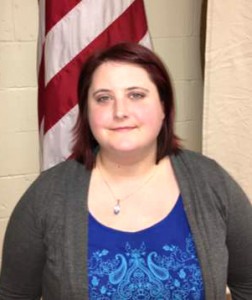 Joan is originally from Cochranville, PA. She joined the Navy in 2005 and served for 10 years. She is a WESTPAC veteran serving aboard the USS Bunker Hill CG52 and USS Ingraham FFG61 during 2005-2008. She was a Surface Warfare Officer. Joan also served Kabul, Afghanistan 2009-10. Awards include the Navy Commendation Medal, Joint Service Commendation Medal, Navy Achievement Medal (2) and Army Achievement Medal (2). Joan resides in Edmonds.