Al Boyett We lost another of our brothers when Al Boyett, who had served as our Post Surgeon for a number of years, passed away recently. Al had been suffering from a long bout with cancer.

Boyett was born June 30, 1937 in Williamsburg Alabama and moved to Seattle in 1948. Married Jo Nazworthy December 6, 1963 to Jo Nazworthy he became father to Tahnya Boyett 1966. The family moved to Bothell 1973, where they have lived since.

Al was drafted into the Army and served in Korea. After the war, he joined BBoys Auto Parts from 1956 until he purchased the auto parts store which he owned from 1974 to 1981. He then worked for an auto parts warehouse, Mar- Lac Distributing until he retired after 2011.

B-Boys was a founding member of the Washington Automotive Industry Association, in a effort to bring support to the automotive industry and to provide health insurance to employees.

Al graduated in 1955 from Lincoln HS and later technical school for space and missile electronics. He became a pilot in 1970 and belonged to Bellevue Air club. Al was a Member of Northlake Lutheran Church since 1974 and a past member of the Bellevue Air club, Elks, and a Good Sam’s member serving the Tired & Retired chapter of Good Sam’s. 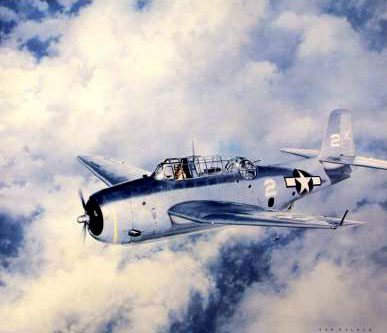 Like many wartime pilots, Lt. j.g. George H.W. Bush named his airplane after a girl back home. But he had to call it “Barbara III,” since he lost his first two planes — one during training and one to enemy fire. That’s how dangerous flying was in World War II. There were 16 pilots in George H.W. Bush’s squadron, according to retired Adm. Samuel Cox, director of Naval History and Heritage Command. “Half of them were killed or captured before the end of the war,” Cox said.

He flew the TBM “Avenger”, a carrier based torpedo/ bomber which had a three-man crew. His target on Sept. 2, 1944, was a Japanese radio transmitter on the island of Chichi Jima.

His plane was hit as he began his run into the target but he stayed with it until he dropped his bombs. Out over the water, Mr. Bush told his crew to bail out.

“The Japanese came out after him. Some fighters from the flight were able to strafe the Japanese boats and keep them away during the four hours that Bush was actually in the water,” Cox said. A U.S. submarine got to him before the Japanese could. A 20-year-old George H.W. Bush spent 30 days on that submarine thinking, as he later told the author James Bradley, “Later, I learned that neither Jack Delaney nor Ted White had survived. One went down with the plane; the other was seen jumping but his parachute failed to open.” Bush has been quoted as saying “I think about White and Delaney every day”

George H. W. Bush was one of eight VFW members who have become U.S. Preseidents.