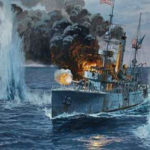 There was no explaining away what thousands of Marines had observed with their own disbelieving eyes in the Marianas. The ritual suicides of the Japanese garrisons, their predatory brainwashing and murder of the innocent unarmed, have been insufficiently considered as a turning point that shaped the war’s final year. … The first direct U.S. experience of total war occurred in the Marianas, and it renewed the will to win and to win totally, using all means available, without restraint. Unconditional surrender became the byword of this new resolve.

Viewed through the haze of 7-plus decades it is hard to imagine the scope, the dedication and the unimaginable horrors of total all-out world war that was WWII. But James Hornfischer describes it well in his latest book, The Fleet at Flood Tide.

As the brief excerpt above suggests, this splendid volume is a detailed narrative of the U.S. offensive into the Mariana Islands of the Central Pacific and the final year of the war.

If one can quibble with anything about the book, to me it would be the title, specifically “The Fleet.” It is far from being just a chronicle of naval warfare. Rather it spells out in close detail the overwhelming air, land and sea operations that seized the strategically vital islands of Saipan, Tinian and Guam.

It is the story of the strategies and planning at the highest levels, but also it is the story of the individual men—mostly very young men—that made victory happen. It details what one reviewer called the true nature of their foe—not only the Imperial Japanese military—but its suicide-ready civilians as well.

He said that after the bloody capture of Saipan, two clear truths emerged: “A great victory was in hand… and far worse lay ahead.”

If you have ever questioned the decisions that brought about the end of the war, Hornfischer may make you reorder your thinking. The book makes clear the unimaginable depth of the Japanese will to resist. The reader is left with the obvious conclusion that an invasion of Japan proper would have been bloody beyond measure, for us as well as for the Japanese populace.

Today we all know how the saga ends, but this highly recommended book details how in the final months of the war we got there. It covers the penultimate B-29 incendiary raids on Japan and the painfully considered use of atomic bombs. But most significantly, it tells the story of the actions of soldiers, sailors, and airmen that combined to achieve victory.

— Reviewed by Past Commander Jim Blossey

James D. Hornfischer, The Fleet at Flood Tide, War in the Pacific, WWII 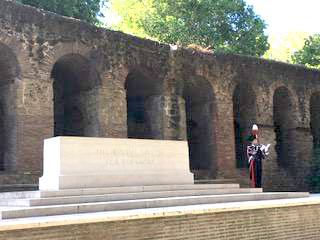 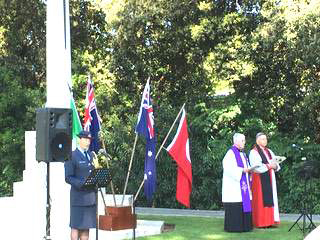 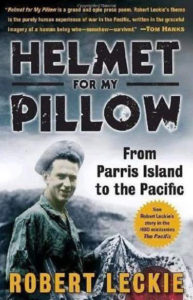 Helmet For My Pillow: From Parris Island to the Pacific
By Robert Leckie

This is a compelling first-person account of the life of an enlisted Marine participating in the island-hopping campaign in the Pacific during WW II. In intimate detail, the author recounts his experiences in training on Parris Island, as only those who have experienced basic training can appreciate.

After training Lackie was assigned to the Second Battalion, First Regiment, of the First Marine Division as a gunner on a two-man 30 caliber gun crew and on August 7, 1942, his unit landed at Red Beach on Guadalcanal, thus beginning his experience as a combat Marine, taking him on to New Britain, and Peleliu where his war ended after he was wounded by an exploding artillery shell. He spares no detail regarding the horrors of war that he experienced and writes eloquently about his many friends who were killed. The book provides an unvarnished view of the day-to-day life of the Marines who participated in combat operations in the Pacific.

Lackie’s experience in WWII was among those featured in the HBO miniseries Pacific, which is available on Netflix and DVD.

“From the Bookshelf”, a recurring series of book reviews written by Fred Apgar.