Every now and then, we run across some interesting photos and narratives of our members’ service history. If you have some pics and narrative of your service you would like to share with our comrades, send it to your editor. We would like to start doing more of this if the membership agrees.

Destroyer sailors currently in the Post, include World War II Veteran and the late Amos Chapman, Past Commanders Jim Blossey & Mike Denton. We expect there are others and would like to hear from you.

Blossey served aboard USS Walton, DD362 in the Korean War and Denton as a reservist aboard USS Whitehurst, DE 634, following active duty on USS Castor AKS, a supply ship supporting carriers off Vietnam. Others of our “Tin Can” shipmates (such as Amos Chapman) are no longer with us. Photos of both ships reflect their Vietnam era configuration, though both date to WWII. 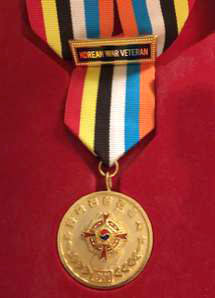 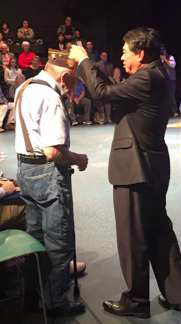 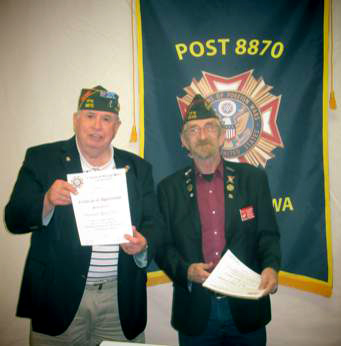 District 1 Commander Don Wischman was in attendance at the July Post meeting to present Post 8870 with a number of awards recognizing our accomplishments during the 2015-16 VFW year. In these photos, Immediate Past Commander Jim Blossey is shown at top left, accepting awards from Wischman for, among other things, meeting membership goals. 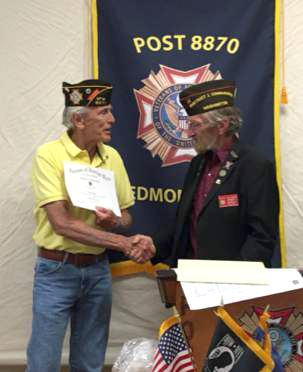 Also shown is (right bottom) is Chaplain and Past Commander Fred Apgar, accepting certificates of recognition of his tireless efforts in coordinating so many of our Post projects, including our Relief Fund, Teacher of the Year, Freedom Scholarship and Youth Essay. In addition to his leadership of our Post, Fred performs many of those same functions at the district level.

As we begin a new year, it is tempting to look back at twelve extraordinary months, pat ourselves on the back, and rest on our laurels. Donation receipts from Buddy Poppies set records for both Memorial Day and Veterans Day, we had a very successful move to the American Legion Hall for all our meetings, and participation in our joint Christmas party was significantly greater than in prior years. Of course, there is much more, but let’s look ahead instead. We have two significant opportunities before us in 2015—to increase participation from our large base of inactive members and to attract post-Vietnam era veterans to our post. By definition, the latter group is younger than most of us; generally they are still working. We need to address what it would take for them to want to join us, and whether our meeting calendar could be made to fit their work schedules. Only 40 or so registered members of our Post choose to attend our meetings and other events, yet our rolls comprise over 200. Our challenge is to find ways to persuade them to come to our meetings and events, perhaps even finding ways to make it easy for older ones to get here. Together these two opportunities have the potential to greatly enhance our active participation. On the other hand, they involve two largely disparate age groups with little in common, except for having served in military conflicts. In what ways can Post 8870 be made attractive to both groups? We have the brains and talent to address these challenges and the new year of 2015 might well be the time to do it. Think about them and—when asked— step up and participate in the discussion. Being active and accomplishing things underlies the key to happiness. At this time of year, when we wish others a Happy New Year, let’s resolve to do something to make the year a happy one—for ourselves, our Post and for others.

A few days ago I had the privilege of speaking with a class of 5th graders at Mukilteo Elementary School. These 10-year-olds were some of the sharpest young people I have ever met.. They had been studying the U.S. Constitution and their teachers wanted them to meet some actual people who had put their lives on the line to protect the liberties that are so eloquently enumerated in that magnificent document. Past Commanders Fred Apgar and Jim Traner also spoke that day, at different times and—I presume—to different classes.

“If we didn’t have veterans, we wouldn’t have freedom.”

The next day their teachers seny us a few excerpts from the comments the students had written down. Clearly, they were listening. More importantly their words pointed to the content of our remarks, not to us as speakers. They recognized that service, particularly military service, is about real people and—in most cases—people that live right here among us.

“I learned that even 17- and 18-year-olds can make big sacrifices.”

The students identified with the idea that when we served we weren’t much older than them. They wanted to know how we felt at the time and what motivated us to become part of the military. We told the truth—that very few of us joined because we wanted to be patriots. But we also told how every one of us came to realize the importance of what we were doing and that we were fighting, not so much for the vague ideals of freedom and democracy, but for family and loved ones…and for future generations. In other words, for them.

“It’s really special to know someone who fought for our country.”

I’m glad they wrote those words on paper rather than saying them to me in person, because I’m not sure I could have retained my composure. What is important for all of us to know is that this is how most people feel about us. And what I want you to know is how special it is to be able to touch these young people’s hearts.