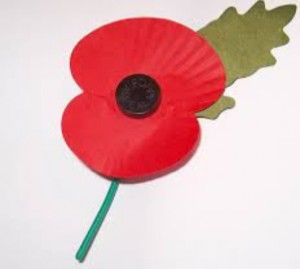 Bob Crawford, our stalwart organizer of poppy distribution, asks that you be certain November 6-7 are on your calendar and arrange your scheduled hours with him. We will have four locations to staff this time around. Bob can go over the opportunities with you, so be sure you get together with him at the September meeting, or call him to make arrangements. If all of our active membership participates, it will be an easy and productive weekend. There is no more rewarding activity to participate in as a VFW member.

Lyle Branchflower enlisted in the Navy during the summer of 1961 and reported to duty as a Naval Aviation Cadet for Pre-Flight in Pensacola, Florida the following September. During that first week of active duty he learned two things right off. First, do not smile when the drill instructor asks you if your mother sent you here to screw up the whole damned Navy, and second, he knew he was getting out as soon as his 6 year military obligation ended.

Actual flight training began in T-34’s at Saufley Field Florida in January 1962. From there he went to Meridian, Mississippi to begin jet training. During that time, the Navy was transitioning older fighter squadrons in-to Phantom II (F4H later designated F4B) squadrons. That meant they needed to fill the training pipe line with Radar Intercept Officers immediately. Lyle was in the first class sent to Brunswick, Georgia for Radar Intercept Officer Training. The urgency of the training was ramped up a notch with the Cuban Missile Crisis. Lyle received his wings and commission and went to Miramar Naval Air Station (California) for further training in the Replacement Air Group (RAG) and then to VF-142 for deployment on the U.S.S. Constellation to the Western Pacific.

Enroute from San Diego to Yokosuka in May 1964, the Constellation received new orders. Go to Point Yankee (coordinates in the northern portion of the South China Sea). Remain on station. During the next couple of months the Constellation went from Point Yankee to the Philippines and back and forth and back. The Air Group trained and made occasional sorties over Vietnam.

On August 4th, the ship’s Claxton horn sounded and the loudspeaker came on, “GENERAL QUARTERS. GENERAL QUARTERS. THIS IS NOT A DRILL. GENERAL QUARTERS.” The U.S.S. Maddox and the U.S.S. Turner Joy were under attack. Fighters were launched into the night skies. Lyle was in the aircraft that was vectored to the Maddox and Turner Joy. They were flying at 50 feet. Lyle had three radar contacts. High anxiety voiced from Combat Information Centers on the destroyers. Inky black night. No visual contact of a PT boat. Lyle was unwilling to launch a missile without a visual even though there were three radar contacts and only two U.S. ships in the area.

President Johnson and Congress acted. A retaliatory strike was planned. Aircraft were launched on a raid against PT boat bases and supply depots in Hai Phong Harbor in North Vietnam. War had begun. Everett Alvarez began his 8 ½ year stay in the Hanoi Hilton.

The next several months merged into one continuous day and night of Combat Air Patrol (CAP), occasional photo escort missions into North Viet Nam and Laos, and bombing escort missions. They didn’t lose another aircraft for the duration of the cruise.

In February 1965, Lyle returned to Miramar Naval Air Station and began training for a new deployment to the Western Pacific in 1966. His active duty obligation was due to end in July of 1966, but he applied for an “early out” in order to go back to school in January 1966. His request was forwarded up the chain of command with a recommendation of “disapprove.” In Pearl Harbor, aboard the U.S.S. Ranger Lyle’s request came back approved. Had the approval arrived a day later, the Ranger would have passed the International Date Line and the admiral would have put an operational hold on him.

Lyle joined a reserve squadron at Willow Grove Naval Air Station outside of Philadelphia. Invariably, a pa-per or a test was due after serving his reserve weekends, so as soon as his reserve requirements were over, he separated from the Navy. A squadron mate chided him for foregoing the “easy money” reserve pay. Two weeks later, the squadron was called to active duty.

Lyle tells his friends who served as grunts that they just don’t understand how difficult service as a naval officer was. He would tell them that even though the stewards made the beds daily, they only put on fresh sheets once a week. Baked Alaska was only served on Thursdays in the ward room. And movies in the ready room could be interrupted by flight operations.
Lyle is pleased to join the VFW.