Mules have irksome and painful qualities, so those that ran the mule-trains of the mid-19th century American army would shave off the tail of any new mule as a warning to others that its behavior might be unpredictable. It was not long before the troops were using the term for any newcomer. By the time of the Spanish-American war of 1898, “Shavetail” had become specific to describe a newly commissioned lieutenant.

“Today, war is a high-tech affair. The modern soldier relies on advanced weapons and communications technology as his essential support. But in World War II, soldiers relied on an entirely different kind of support–a kind of support soldiers have used since ancient times. Animals. Dogs, horses, and pigeons became World War II soldiers’ best friends in battle, serving to carry weapons, wounded men, and messages through artillery fire. In War Animals, bestselling author Robin Hutton brings the animal heroes of World War II to vivid life with the heroic true tales of: Famed pigeon G.I. Joe, who saved an Italian village and British troops by flying 20 miles in 20 minutes to carry a message to Allied forces; Chips, a German Shepherd trained as a sentry who attacked an Italian machine gun team, sustaining powder burns and saving his handler’s life; Bing, a paradog who jumped out of a plane on D-Day, landed in a tree, and once on the ground helped his handlers locate the enemy. A heartwarming and sometimes even hilarious history of bonafide heroes of feather and fur, War Animals is a World War II story you’ve never read before.”– Provided by publisher.

I found this book quite interesting, especially the War Dog part. The US Army used dogs as sentry, scout dogs, sled and pack, mine detection, and messenger dogs. The US Coast Guard used them mainly for sentry duties, and the US Marines used them as scout dogs. Pigeons were used as message carriers, horses and mules were used it the Italian theater, carrying supplies up hills and mountains that vehicles could not traverse.

The book also covers the British use of animals, especially rescue dogs who located trapped civilians in bombed out buildings from German bombing attacks. This book introduced me to the British People’s Dispensary for Sick Animals (PDSA) Dicken Medal which was awarded to some of these outstanding animals. 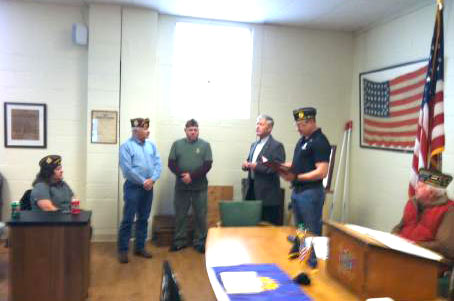 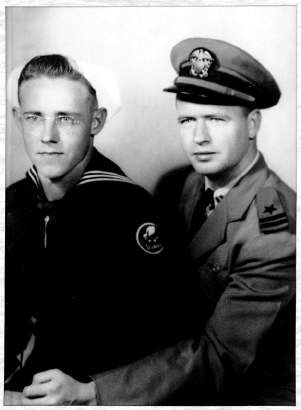 Now and then, we try to will feature photos of our family members who have served in the past. Please feel free to provide photos and info to your editor.

This month, we have a picture of Senior Vice Commander Carl Kurfess’ father and uncle.

Carl’s father, Francis Kurfess is on the left, pictured as S1C, US Navy, Sea Bees. He served with the 97th Naval Construction Battalion in England, Ireland, and France during World War II. At right is Carl’s uncle, Lt. Verle Austin a WWII Navy pilot. 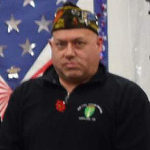 Carl has been volunteering at the Edmonds Comunity College Veterans Affairs office for some time, but has recently been appointed to a staff position with the office as Veteran Liasion Officer. Our congratulations to Carl on the new position. 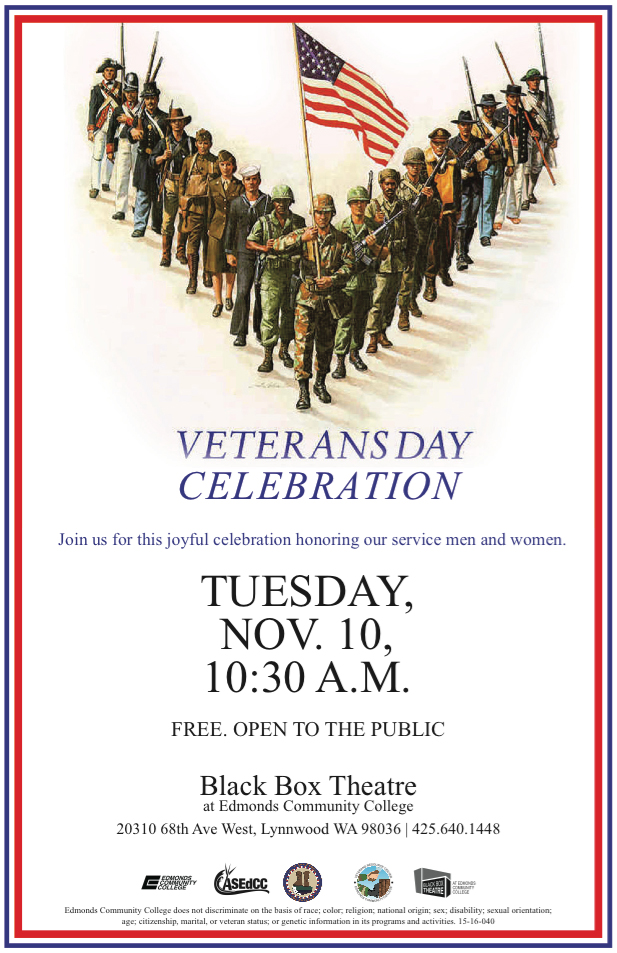 Several VFW members, including three of our own, will be featured participants in Edmonds Community College’s Veterans Day Celebration this year. The event will be held on Tuesday, November 10, at 10:30 AM in the college’s Black Box Theater.

Among those speaking at the event will be our Commander, Jim Blossey, and Ron Clyborne, the chair of the community’s Veterans Plaza committee. Post 8870 member Carl Kurfess will lead the attendees in the Pledge of Allegiance. The Honor Guard from Lynnwood VFW Post 1040 will present the colors.

The celebration is for the entire community, not just students, and veterans are especially invited to attend. The college has particularly encouraged VFW members to be there. Please wear your cover.

The Black Box Theater is located near the south side of the campus; parking is available. Refreshments will be served at the conclusion.